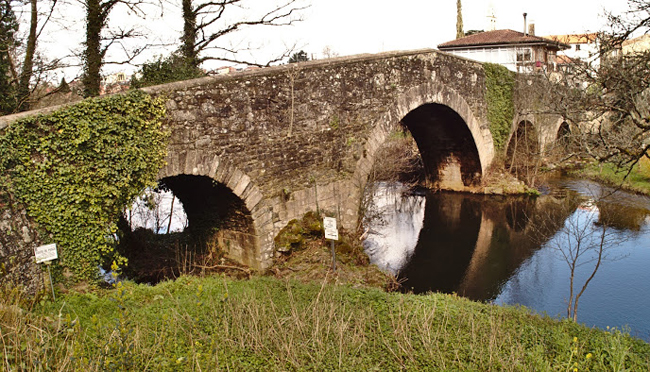 Situated in the village Furelos as named in the Codex Calixtinus or the book of Saint James from the 12th century. It is formed by four unequal arches. It is situated next to the parish church of San Xoán which also retains some Romanesque element of the 13th century. The village of Furelos has a high architectural interest.