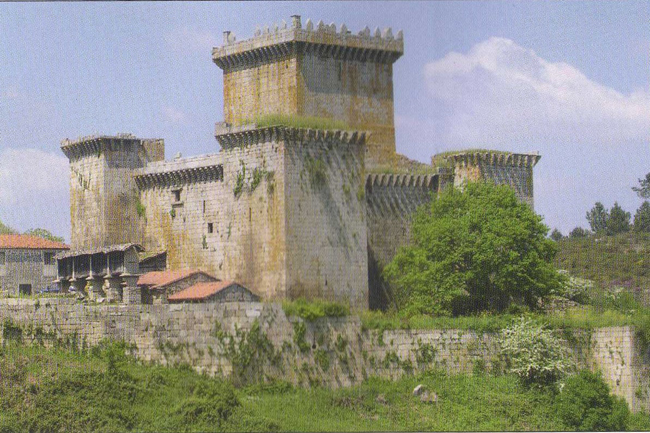 Built at the beginning of the 15th century. It emphasizes its defensive system as well as a magnificent tower of the homage.Inside the enclosure a Romanesque church is conserved, as well as a hórreo of great dimensions.It was one of the few castles that remained standing after the Irmandiña Revolt, being one of the few Galician medieval military fortifications that maintain their original typology.